Many of those who donate to the Humane Society of the United States are unaware of the fact that HSUS is one of the greatest foes to fishing and hunting in the country.  Wayne Pacelle, President of HSUS, on numerous occasions has revealed his personal disdain for the American sport.  Pacelle was once quoted by the AP saying, “If we could shut down all sport hunting in a moment, we would.”  To date, HSUS has spearheaded upwards of 25 anti-hunting ballot initiatives across the country.  Like many Fabian left-wing groups, HSUS takes an incremental approach in making hunting progressively more difficult through additional regulation of the sport at the ballot box and in state legislatures.
One of the main targets is what HSUS refers to as canned hunts.  These hunts are of wildlife bred in captivity and released over a large, enclosed area for hunting.  HSUS believes that it is “cruel” to breed animals for the purpose of hunting, but these hunting areas have provided business opportunities to many struggling, rural Americans and have also allowed hunters to enjoy the sport in a controlled and safe environment.  In fact, many of the species bred in captivity would have long since gone extinct, but for the cultivation of these businesses.  For radical animal rights activists, however, the needs of animals always outweigh the needs of humans.
As Rahm Emanuel aptly taught us, it is critical to create a crisis in order to quickly implement one’s agenda.  HSUS seems to have found their silver bullet against captive hunting in an obscure ailment known as “Chronic Wasting Disease,” or CWD.  CWD is a progressive disease which in rare occasions afflicts older cervids (read: deer) and results, over time, in brain lesions and ultimately, death.  According to the Center for Disease Control, there is no evidence that CWD poses any threat to humans who consume a deer with the disease, nor is there any way the disease could spread to domestic livestock.  Infection rates among your average white-tailed deer linger at less than 1%.  Infected deer can live quite a long time with the disease, produce healthy fawns, and remain nearly symptom free until their deaths.
By now you might be thinking: What’s the big deal?  However, to HSUS, and lately the USDA, CWD is a massive crisis crying out for a swift passage of numerous regulations on captive hunting farmers.  According to HSUS’s website, in order to address the CWD crisis, states must ban all game farms and captive hunting, as well as end the transportation of any deer across state lines, a move which would effectively decimate the ability of deer farmers to make money and to breed genetically diversified livestock.
Unsurprisingly, it is not difficult to determine the source of the USDA’s newfound obsession with CWD.  The head of the CWD Program at the USDA is none other than Dr. Patrice Klein.  Dr. Klein is a former employee of the Humane Society of the United States where she served as a Wildlife Veterinarian and Director.
Just last year, the USDA took HSUS’ policy recommendations to heart.  In their new CWD Program Standards manual, they proclaim that the most reasonable course to be taken once a deer on a captive farm tests positive is complete eradication of the entire herd.  These irradiations are done entirely at the owner’s expense and leave little avenue for appeal to the farmer.  The USDA also has begun to test the waters for extensive regulation of the transportation of cervids across state lines with a new “voluntary” policy which sets the guidelines under which interstate trafficking of deer can occur.  The USDA admits that it has no idea how CWD is spread, yet it still holds that entire herds should be destroyed if even one deer develops this disease which occurs naturally and does not in any way affect humans!
While CWD may pose some threat to cervid species and may be worthy of study, analysis, and careful monitoring, the disease should definitely not be used as an excuse to destroy hunting and farming in accordance with the extreme agenda of a radical few.  In the rare cases of CWD infected, deer farmers have shown great success at controlling the disease within their herds.  Fear mongering from HSUS has nonetheless resulted in gross overreactions that have completely destroyed some American farms.  Bottom line: HSUS is out to destroy people’s way of life, not help animals. They are an extremist, radical, corrupt group bent on taking away the rights of law abiding citizens through deceit, manipulation, and intimidation. 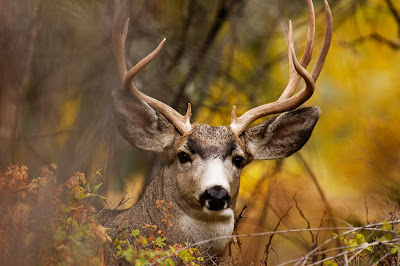