REGULATORY ASSAULT: THE BRAKKE'S FIGHT TO KEEP THEIR FARM


The effect of government overreach can, at times, be hidden in the form of diminished opportunity or higher prices.  In the case of the deer-breeding industry, the effects are much more recognizable and in some cases, people and their families are left completely devastated, often with no recourse. Case in point:
Tom and Rhonda Brakke are your typical American farmers.  It has often been said that happiness is finding something you love – then figuring out a way to do it for a living. Tom and Rhonda did just that and were on their way to creating a business around one of their favorite hobbies: deer hunting.  The Brakkes acquired some land and began to breed and raise deer.  Upon maturation, the Brakkes would release the deer on a large preserve in order to allow hunters to enjoy the sport in a controlled and private environment. 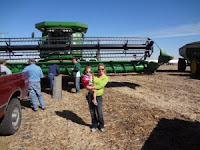 Their small venture was a great success as they worked hard and followed their pursuit of happiness. Then – as often happens whenever achievement in the private sector develops – the government showed up to help:
In 2012, inspired by a Humane Society of the United States scare campaign, the USDA adopted a new set of rules to address Chronic Wasting Disease, a rare ailment that affects deer and other cervids. This uncommon disorder is not communicable to humans or other animals and displays few symptoms until the death of the deer many years after infection.  In other words, CWD is not a threat at all, but rather, the Restless Leg Syndrome of the deer world, a contrived crisis designed by activists to make captive breeding and hunting preserves nearly impossible to operate.
The same month that the USDA released their new CWD rule, the Brakkes were informed that one of the deer in their herd of nearly 700 had tested positive for CWD.  The government offered no evidence that their test was not a false positive, nor did they allow for any additional tests by a third party.  The Brakkes were forced to take the government at their word.  The Center for Disease Control estimates the rate of CWD infection among deer nationally to be at about 2%, other sources say 1% or less.  Still, in accordance with the new USDA guidelines, the Iowa Department of Natural Resources ordered the 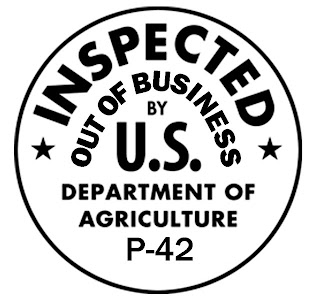 Brakkes to eradicate 200 deer on their hunting ranch, despite their having an infection rate of only 1/7th of a percent.  They were then ordered to erect an electric fence around all of their property, test all their remaining animals, and dig up and rebury the top soil on several parts of their land. In addition, under the direction of the USDA, the State of Iowa quarantined and required continued testing of the remaining 500 deer in their herd.  The quarantine is in effect until 2018, and if they find another positive, the clock will reset for another five-year quarantine. In other words, game over.
Don’t worry, the Brakkes are still required to spend roughly $3,000 weekly to feed the remaining 500 deer on their property without any means of profiting from the livestock. They have spent a small fortune in a futile attempt to comply with the new USDA regulations, all while the government has put them out of business. It wasn’t supposed to be this way.
The truth is that this has nothing to do with the Brakkes, their small business, their hard-earned money, or even the health of deer or any other animal. This is about a government agency permeated by left-wing activists and operated as an arm of the animal rights extremist movement. The USDA is using a non-problem to create a non-crisis to regulate captive hunts out of existence, because animal rights activists don’t like them. By the USDA and the Center for Disease Control’s own admission they don’t even know how CWD is spread.  They offer no evidence there was a potential emergency with the Brakkes' operation – yet the jack-boots marched in and declared the place to be shut down. End of story. No recourse.
Directors, spokespersons, Department heads in the Obama Administration, and the President himself may smile and say that new gun restriction proposals have nothing to do with Americans right to hunt, but hunters should recognize that they are aggressively getting it done another way. Beware of the new changes in the name of “animal care” that occur behind the scenes or else one day we may wake up in a world where hunting is a thing of the past. 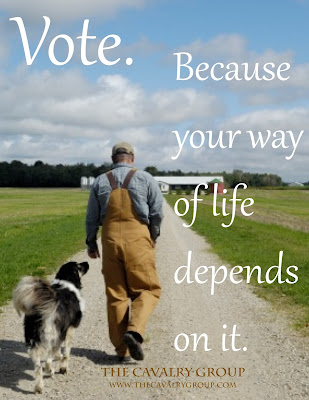 Posted by The Cavalry Group at 6:32 PM