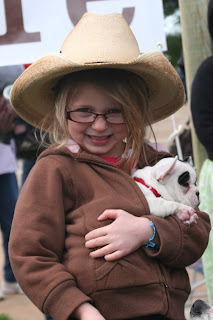 It states clearly in the Missouri Constitution, Article 1 Bill of Rights,
Section 2. That all constitutional government is intended to promote the general welfare of the people; that all persons have a natural right to life, liberty, the pursuit of happiness and the enjoyment of the gains of their own industry;
As Americans we live in a Republic, not a democracy. This means that it is up to our Missouri legislators to protect the individual rights and freedoms of its citizens.  Thankfully, our Missouri legislators are doing just that as they see clearly that Wayne Pacelle and the Humane Society of the United States (HSUS) are is using Proposition B to forward its radical animal rights agenda on our Missouri citizens.
Mr. Pacelle and the Humane Society of the United States continue to use emotion, misinformation and millions of out-of-state dollars to pressure our Missouri lawmakers. If it was really about the care and welfare of animals, why didn't HSUS spend their $4.2 million in campaign funds to help fund and enforce the Missouri Animal Care Facilities Act already in place?
Prop. B which won by only 60,000 votes and lost in 103 out of 114 counties, does nothing to stop animal abuse or punish the law breakers contrary to how it is portrayed.
Senate Bill113 is an excellent bill which actually provides Missouri with what Missourians viewed as the intent of the ballot language for Prop. B.
·      SB113 defines terms for the provision of food, water, shelter, vet care and exercise and makes those provisions enforceable with penalties for non-compliance.
·      SB113 punishes the law breakers, not the law abiding.
·      SB113 funds increased enforcement, and goes after the unlicensed breeders. Prop. B is an unfunded mandate with NO provisions for legal enforcement.
·      SB113 also eliminates the 50 dog limit, and makes it clear that the law refers to dogs and not to the broader category of domesticated animals, thereby protecting Missouri agriculture.
The Missouri economy cannot afford the crushing blow that Proposition B would impose on our state's economy as it would force thousands of legitimate dog breeders out of business, and create a devastating domino effect on other Missouri businesses statewide. Accordingly, it is up to our legislators to uphold the Missouri constitution and protect their constituents’ “right to life, liberty, the pursuit of happiness and the enjoyment of the gains of their own industry.”
Proponents of Prop. B have tried to bully Missouri legislators, our Governor, and those who oppose it by using strong arm tactics which have even included death threats. We must support and give kudos to our Missouri legislators who have given thoughtful consideration what is best for all Missourians instead of crumbling under the pressure of mob rule. 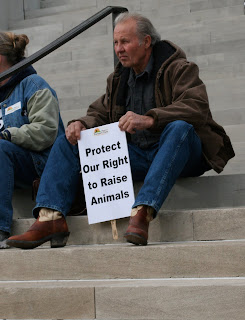