Why You Should Know Your County Sheriff

Too often, protection from illegal search and seizure, and a citizen’s right to due process of the law, all of which are outlined specifically in the U.S. Constitution under the Fourth, Fifth, and Fourteenth Amendments, are railroaded by local animal control officers or a bureaucratic system that defies common sense or even standard animal husbandry knowledge or practice.
As a proactive measure in protecting your animals, your business, and your private property, The Cavalry Group always urges our members to get to know their local county sheriff.
Your local sheriff is an elected position which stands as the upholder, defender, protector, and servant to the liberties of the people within your county by upholding the supreme law of the land, known as the U.S. Constitution.
Are you aware your county sheriff's enforcement powers supersede those of any agent, officer, elected official or employee from ANY level of government when in the jurisdiction of your county?
In June 2016, The Cavalry Group held our first Liberty Summit in St. Charles, Missouri. One of our superb speakers at this event was Richard Mack, former Constitutional Sheriff of Graham County, Arizona, and founder of the Constitutional Sheriffs and Peace Officers Association. 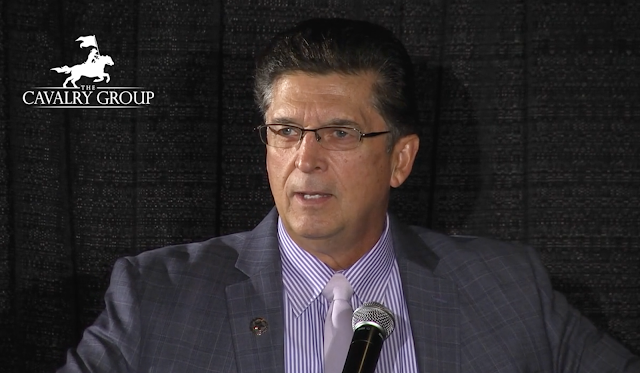 Watch the video below of Sheriff Mack's speech at Liberty Summit 2016 to learn more about the sheriff's role in your county and the importance of a Constutional sheriff and their ability to interpose between you and the violator of your rights.

Be aware:
Not all Sheriffs may be looking out
for your best interest as a constituent!

Unfortunately, in recent years, the National Sheriffs Association has partnered with the Humane Society of the United States (HSUS) to further their radical agenda by inserting their ideology within law enforcement by training officials nationwide.

Click here to read the National Sheriff's Association announcement about partnering with HSUS.


The link below is HSUS' CEO interviewing National Sheriff's Association Chief, John Thompson about their reasons for partnering and how they plan to infringe on due process rights of animal owners and animal related busineses across the United States.

Click here to see the video about HSUS and NSA's collaboration.


To counter HSUS' radical ideological takeover of law enforcement across our country, we urge you to support Sheriff Mack's Constitutional Sheriffs and Peace Officers Association.

Are you concerned that your Sheriff might not be favorable toward your animal enterprise?  You can Vet Your Sheriff by Clicking Here 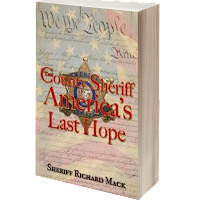 The sheriff is the last line of defense for his constituents; he is America’s last hope to regain our forgotten freedom.

Sheriff Mack insists that we ALL stand for the Constitution and our Founding principles to protect freedom and liberty in America today, and for future generations, by holding our government officials accountable to their oath of office.


Posted by The Cavalry Group at 10:08 AM No comments: Links to this post

Earlier this month the animal rights movement gathered outside Washington, DC for its annual conference. Representatives from HSUS, PETA, and dozens of other radical groups gathered to plan and discuss their tactics for moving the ball down the field. As usual, we attended and filmed various presentations.

Here are some observations from the weekend.

Some voices were encouraging activists to become more radical in their tactics. Lauren Gazzola, infamous for her terrorism conviction as a member of the SHAC 7, was awarded a 20-minute timeslot immediately before the keynote speaker, PETA co-founder Ingrid Newkirk. Gazzola spent her time measuredly criticizing the movement, as a whole, for focusing too much on the goals of the “moderate” factions. “The animal rights movement has yet to do this: to make the foundational meaning of our movement opposition to speciesism and a challenge to human supremacy.”

She continued later:
I believe in a pluralistic movement, that moderate and radical efforts can complement each other. Rather, I’m talking about the center of gravity in our movement. Right now our moderate efforts are the primary idea that people associate with animal rights. The primary meaning of the so-called animal rights movement is animal welfare. This needs to shift. The primary ideas associated with our movement should be the stronger ones, not the moderate ones. [Nine-second applause] This is the only way to get at the root of the problem. Speciesism is the operating principle at the bottom of exploitation and violence against animals. The fact that speciesism is deemed legitimate is the reason for the extent of that exploitation and violence.
PETA’s Newkirk followed this outrageous speech with her own brand of radical rhetoric. After the boilerplate listing of “victories” for the year, she delved into comparing racism to speciesism, explicitly compared current views on “species” to the “one-drop” rules that defined “whiteness” and “Jewishness.” She urged activists to quit comparing full-grown animals to the intellectual development of children (e.g. “Dogs are as smart as a three-year-old,” etc.) because animals are smarter than children. She also seemingly broadened “animals” to include ants. Newkirk also talked about seizing the word “animal” in the same way the LGBT activists seized the word “queer.” While Gazzola urged for more radical action, Newkirk advocated for a more radical vernacular.

The next day saw an onslaught of HSUS employees trying to curry the favor of the rabid activists with presentations by vice presidents Paul Shapiro and Josh Balk and corporate outreach director Kristie Middleton.

In Shapiro’s first speech at the morning plenary session, he focused on the legislative agenda of the HSUS over the past several years by highlighting what he thinks are the most important federal agenda items for animal activists. He talked about the passage of Obama administration wolf hunting regulations on National Wildlife Refuge lands and their subsequent repeal by the Trump administration. He then argued against allowing lead bullets in hunting (the most common and affordable ammunition).

But the most important item to HSUS according to Shapiro is defeating HR 2887, or the “No Regulation Without Representation” Act, introduced by Rep. Sensenbrenner (R-WI), which would preempt state regulations on the sale of agricultural products. This would nullify the millions HSUS spent in California and Massachusetts on egg and pork restrictions.

Balk spent his entire speech bashing the American Egg Board and the USDA and promoting Hampton Creek Foods, the vegan fake-egg company he co-founded. Balk unsurprisingly did not mention the recent struggles of Hampton Creek, including its mass resignations and the loss of a major client (Target).

Finally, Shapiro spoke a second time on the importance of local activism. He focused mostly on the downfall of Ringling Bros. and the efforts that he took as a juvenile – handcuffing himself with friends in order to block the elephants from entering RFK stadium – and how little success they had in ending the circus. Compared to passing local ordinances, like banning bullhooks, which Feld Entertainment (the parent company of Ringling Bros.) said was a major reason why they had to get rid of its elephant act and ultimately the circus in its entirety, his juvenile direct action was pointless. In a Q&A, when asked what could be done to prevent former Ringling animals from being sold to other circuses instead of being sent to sanctuaries, Shapiro endorsed PETA general counsel Jeff Kerr’s efforts to change animals status as property.

Overall, the speeches from the “welfare” organizations were designed to “toe-the-line” and speak in coded language to the overwhelmingly radical crowds. The speeches overwhelmingly emphasized the total number of animals saved and hinted and nudged that their ultimate goals were the same.

While they dress differently and speak differently, it’s clearer today that HSUS and organizations like PETA are two sides of the same coin: wherever PETA leads, HSUS will follow.

Posted by The Cavalry Group at 1:49 PM No comments: Links to this post