To herald in the New Year, Wayne Pacelle, president and CEO of the Humane Society of the United States (HSUS) announced his “Big Plans” to push HSUS' emotion-based, agenda-driven policies on Capitol Hill to destroy the pet industry, the horse industry, and animal agriculture.

In an effort to appeal to public sentiment purely as a fund raising tactic, HSUS attempts to redefine time-tested agricultural practices that ensure the health and safety of both people and animals as inhumane.

Year after year, HSUS attempts to pass their so-called anti-cruelty policies, which are based on emotion, not science -- while imposing unnecessary onerous, and costly regulatory reform at the expense of fewer farms, fewer farmers, higher food prices, and a growing concern of a domestic food shortage.

Just ask Californians who rang in the New Year with the promise of higher egg prices -- perhaps even an egg shortage no thanks to HSUS and their 2008 ballot initiative, Proposition 2 --and its Amendment, AB 1437 signed by Governor Schwarzenegger in 2010.  We (among many others) tried to warn Americans about the dangers of Prop. 2.

While HSUS continues to push their lies and propaganda on Capitol Hill, The Cavalry Group makes the promise of being in Washington, D.C. to inform Congress about the corruption behind HSUS and the true intentions behind their policies.

Sorry, Wayne. The Cavalry Group has Big Plans, too.  And we are looking forward to being the ant at your animal rights policy picnic. 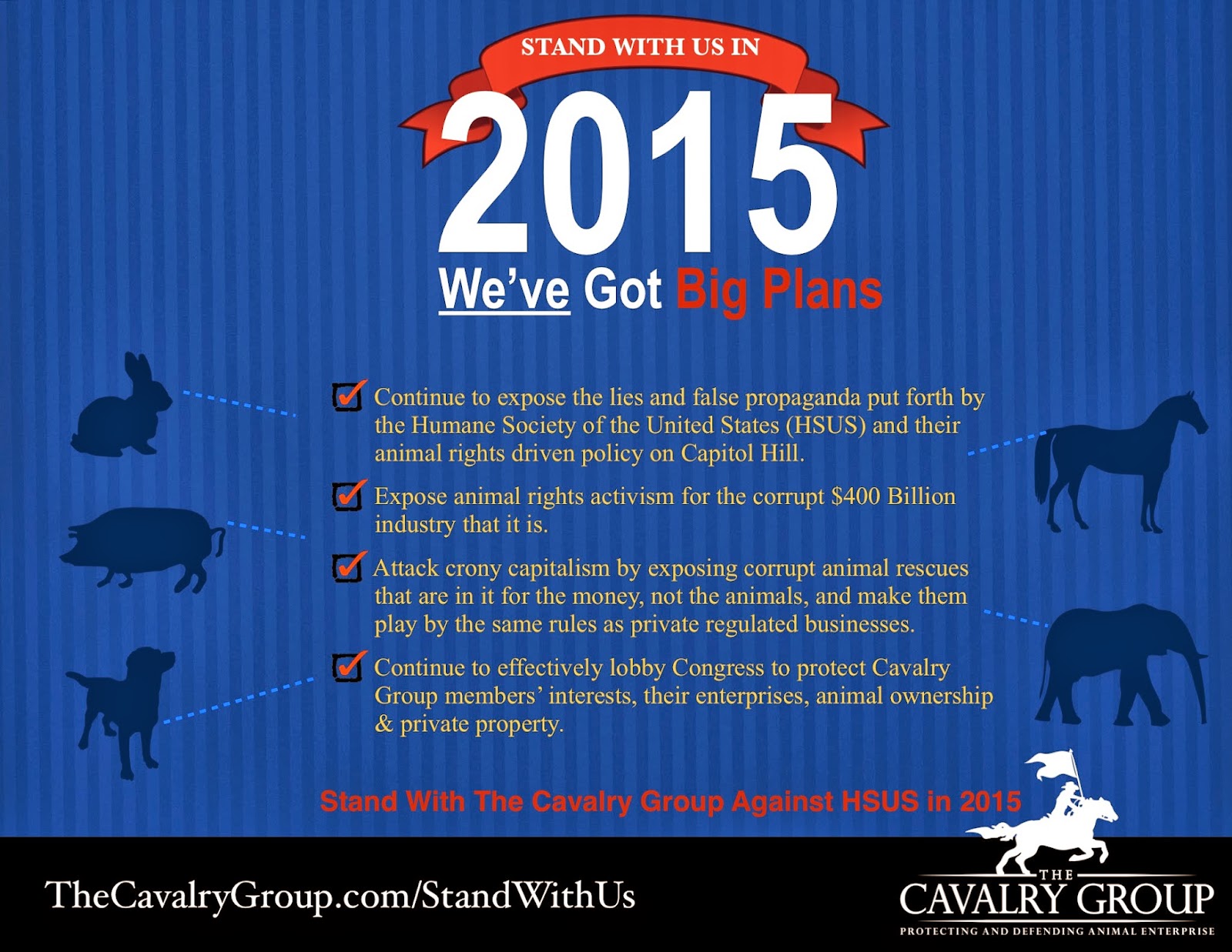 Posted by The Cavalry Group at 9:14 AM No comments: Links to this post