ASPCA - - WILL THE IRS TAX MAN COMETH?! by Frank Losey

U.S. Postal Service Tracking Numbers confirm that the Internal Revenue Service (IRS) has now received a formal, written and documented request for the IRS to revoke the tax-exempt, public charity status of the American Society for the Prevention of Cruelty to Animals (ASPCA) because of its excessive, under-reported and non-reported lobbying activities.  The irrefutable and incriminating Documents that support this request, include, but are not limited to:

And yes, the Press Release of the State Humane Association of California and Extracts from the Feld Lawsuit were included among the Tabbed Documents submitted to the IRS!!!!
When the IRS reads the 64 quotes from the Documents downloaded from the ASPCA Website, those documents should lead the IRS to the inescapable conclusion that the ASPCA has become “joined at the hip” with the HSUS!!!!  Seventeen of the most illustrative and damning quotes include:

I do anticipate that the IRS will assign a Tax Fraud Case File Number for the ASPCA before the end of June!!!!!  Although the “Wheels of Justice” grind slowly, once they begin to move, they sometimes turn into “Grist Mills!!!!!” 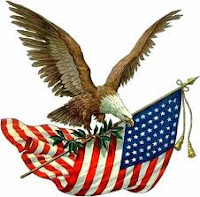 Posted by The Cavalry Group at 5:10 PM 9 comments: Links to this post

A CALL TO ACTION! By Frank Losey

For over two-and-one-half-years a series of actions have been set into motion for the ultimate purpose of laying the foundation upon which the Internal Revenue Service (IRS) would launch an “Investigation” of the Lobbying Activities of the HSUS, and quite possibly not only revoke the tax-exempt, public charity status of the HSUS, but also assess back taxes, penalties and interests against the HSUS which could cumulatively total $50-100 Million or more!  Were this to occur, the HSUS not only would see its fundraising capability severely crippled, but it would lose substantial credibility in the State Legislatures and in the Halls of the U.S. Congress as it attempts to persuade legislators to support and co-sponsor Legislation such as the PUPS Bill.
The IRS, of necessity, must move cautiously and slowly to ensure that it does not unfairly jeopardize the activities of “legitimate” public charities.  So it is with the on-going investigations of the HSUS, and its subsidiaries and affiliated organizations (Humane Society Legislative Fund, Humane USA PAC, the Doris Day Animal League and the Fund for Animals).   Yes, there are now four separate IRS Tax Fraud Case File Numbers!!!
The HSUS Roadmap “Journey” to the IRS Slaughter House began in the summer of 2008 with research and the subsequent, multiple submissions of incriminating and irrefutable documents that cumulatively now total 1,551 pages.  In December 2008, the IRS assigned the Tax Fraud Case File Number of 29-92012 to the HSUS.  By early 2010 over 6,000 citizens from all 50 states had submitted written requests to the IRS that asked the IRS to investigate the HSUS Lobbying Activities.  Then in March of 2010, Congressman Luetkemeyer (MO) made a specific, documented, written request to the IRS, which request asked the IRS to examine the Lobbying Activities of the HSUS.  By April of 2011, several thousand E-Mails, Faxes, Letters, and Calls were received by the Treasury’s IG Hotline, all of which asked for an expedited IRS investigation of the HSUS.  And then, by letter dated April 18, 2011, Six Members of Congress (Five from Missouri and One From Alaska) sent a written letter to the Inspector General (IG) of the Department of the Treasury.  This letter specifically stated:  “request investigations by the Inspector General into HSUS’s apparent improper activities and its tax-exempt status.”
CALL TO ACTION:  NOW is the time for a “FLOOD” of E-Mails to be sent to your respective U.S. Representative.  THEY WILL MAKE A DIFFERENCE; THEY WILL GENERATE MORE CONGRESSIONAL LETTERS THAT WILL PUT EVEN MORE PRESSURE ON THE IRS TO EXPEDITIOUSLY INVESTIGATE THE HSUS; AND THEY WILL TAKE LESS THAN 10 MINUTES TO DO THE FOLLOWING THREE THINGS:
1.     Log onto www.house.gov/writerep/
2.     Fill in your state and ZIP Code on the prompt that appears.
3.     Add your name, address and E-Mail address on E-Mail Form for your U.S. Representative; and on the Subject Line add: Request the IRS Investigate the HSUS; and then add the following message:
“In a Joint Letter dated April 18, 2011, which was addressed to the Inspector General of the Treasury Department, Six of your Colleagues in the House (Congresswomen Hartzler and Emerson, and Congressmen Luetkemeyer, Graves and Long from Missouri, and Congressman Young from Alaska stated: “we write to request investigations by the Inspector General into HSUS’s (the Humane Society of the U.S.)  apparent improper activities and its tax-exempt status.”  Would you please send a similar letter on my behalf to the Inspector General of the Department of the Treasury?”
NOTE:  If your U.S. Representative is either Representative Hartzler, Emerson, Luetkemeyer, Graves or Long from MO, or Representative Young from AK, your E-Mail Message should be: “THANK YOU!!!!!” 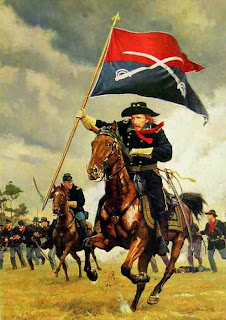 Posted by The Cavalry Group at 9:16 AM No comments: Links to this post