The popular conservative political radio and television talk show host, Laura Ingraham, has been a powerful force for the conservative movement in America. For the past two decades, Laura Ingraham has said on air what I've often been thinking from matters relating to the decline of our American culture to the election of President Trump.

Imagine my disappointment last week when Laura Ingraham welcomed a representative of the People for the Ethical Treatment of Animals (PETA) onto her television show to discuss their absurd rationale behind opposing a bill in the state of Ohio making the Labrador Retriever the official state dog of Ohio.  (View Clip) Currently, Ohio Representative,  Jeffrey Rezabek, who is the sponsor of the legislation, simply believes the popular breed would represent Ohio values well because it's a wonderful family dog and many are trained to be therapy, rescue, and police dogs. 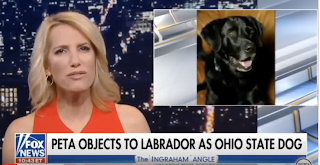 PETA objects to this legislation because let's face it, they never want to let a fundraising opportunity go to waste! They stated on the Ingraham Angle that if this legislation were to pass, there might be a huge influx in popularity of the Labrador retriever breed and promotion of the purebred breed, they claim, would create an influx in labrador retrievers being purchased "on a whim" from breeders and subsequently relinquished to shelters.

While I certainly support consumer choice whether Americans obtain their canine companion at the local shelter or from a breeder, Laura Ingraham, along with many Americans need to understand that PETA is promoting the lie that pet shelters across the U.S. are overflowing with owner relinquished purebred dogs. According to a 2015 study by National Animal Interest Alliance (NAIA), less than 5% of dogs in shelters are purebred dogs. This percentage includes pit bulls and chihuahuas, two breeds that make up most of the purebred breeds in shelters. So purebreds in shelters, such as Labradors and other breeds, would be closer to 2%-3%.

More importantly, I expect better from Laura Ingraham who should acknowledge that PETA is nothing more than a well funded radical animal rights organization that knows little, if anything, about the care of animals.  Laura opened her segment with PETA by saying, "We all know PETA, their very name is pro-animal, right?"  Wrong, Laura!! PETA kills 97% of the animals in its care including those it accepts from members of the public who expect the group to adopt out the animals. There is nothing ethical or humane about PETA.

PETA's connection to domestic terrorism is very real with direct ties to underground groups like Animal Liberation Front (ALF) and Earth Liberation Front (ELF). I can attest to PETA's threats first hand, as they have been terrorizing several of our Cavalry Group members relentlessly using bully tactics and intimidation against legal, law-abiding animal businesses with the hope that they will surrender to PETA's demands.

Whether it's PETA, the Humane Society of the United States, American Society for the Prevention of Cruelty to Animals, or the dozens of other animal rights organizations out there, they are all deceptively named because that is the only way they can raise money to achieve their true goal.  Animal rights extremism is a political agenda incrementally chipping away at our right to private property by altering Americans' views about animal ownership, animal use, and what is considered "humane" through media, through our schools, through legislation, and even litigation. Their goal is to END animal use in every possible capacity from food, biomedical research, entertainment, sport, rodeos, zoos, fairs, 4-H, fishing hunting, and even pets.

Whether Laura Ingraham is uninformed or turning a blind eye to the domestic terrorism part of PETA's bio, any amount of support for a group like PETA is simply not in line with Laura Ingraham's dedication to the message of liberty.  Like all animal rights organizations, PETA has banked on the American public remaining unaware of what is truly behind their emotionally charged propaganda which is often nothing more than a fundraising tactic for their radical agenda to destroy legal animal-related businesses.


Mindy Patterson is the President of The Cavalry Group, a member-based company protecting and defending the Constitutional and private property rights of law-abiding animal owners, animal-related business, hunters, and agriculture concerns nationwide. Follow Mindy Patterson and The Cavalry Group on Twitter: @cowgirlathart and @TheCavalryGroup 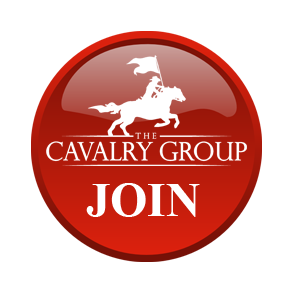